My Secret Hopes and Dreams

Last night, as I was drifting off to sleep, I said to myself, “I just want to be happy.”

Myself answered, “would you rather be happy, or have a wild ocean life?”

Then I went to sleep. 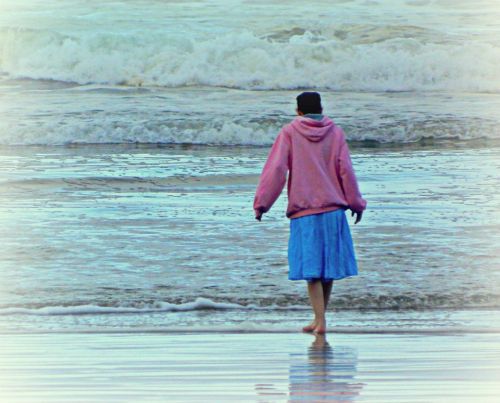 This is a post about what I want out of life, how I came to those conclusions, and how I am pursuing those dreams.

To begin with, I will talk about babies.

What is it with woman and babies? If I spent years studying neurological science in women, or God’s ordered plan for families, or both, could I understand it?

When there was a newborn in the church,  all my friends used to gather in a line, waiting for a chance to hold it. I was, I will confess, never in that line. I didn’t really like babies. They were hot and sticky and I always ended up accidentally dropping them. If being a woman meant that I had to like babies, well phooey, I would just fail at being a woman.

I guess I just thought I would never like babies. Never want one, never need one.

However. About a year ago, my cousin Randy and his wife Shelley had a baby girl named Jocelyn. I went to visit her, and held her, and before long I was starting to have dreams that Jocelyn was my baby. Furthermore, they were very pleasent dreams.

So for what it’s worth, I now have a secret wish for a baby someday.

Of course, the subject of babies leads naturally into the subject of husbands. As odd as it sounds, the main reason I want a husband is for the convenience.

Problem: I’m sick all the time and have a hard time making enough money to support myself.

Problem: I am going to go on the mission field, but am scared of how lonely/depressing it would be to go alone.

Problem: I want to adopt a baby, but still firmly believe that a child should have, if possible, a mother and a father.

If I were planning my romance, it would go like this. There would be a guy, and I would fall for him, but I wouldn’t know if he liked me or not, and no one would know that I liked him, etc, so as to have zero zilch drama.

But in the meantime I would get to know him and realize that he was perfect for me.

Then, one day, he would realize that I was perfect for him too, and he would say, “Hey Emily, let’s get married and jet off to Africa.”

“Okay,” I would say, and we would get married and jet off to Africa.

But bigger, much much bigger than babies or husbands, is my hope and dream to be on the mission field some day.

Maybe this one shouldn’t be in the same category. With babies and husbands, the hope is one born of natural desire that most women will experience without being able to help it. The mission field idea began with a hope of being involved in  something bigger than myself, which is a natural enough desire. However, after years of random trials and wild ocean life, I realized that the way to be involved, really involved in something bigger than myself, was to give everything to God without holding back.

I have one more dream to share. My dream to finish college.

Although I felt very strongly for a while that God wanted me to get my degree in communications before I went on the mission field, I began to doubt myself this winter. My friend Phebe and my sister Amy both went on long mission trips, returning with pictures and stories of poverty and sadness and people who needed Jesus. I thought, “what am I doing her, going to college, when I could be out there, accomplishing great things for Christ?”

That really struck a chord with me. I had felt before that God wanted to prepare me by sending me through college, and now the same feeling returned. Because truth be told, I love college. I mostly love learning.

What are your secret hopes, dreams, and desires?

9 responses to “My Secret Hopes and Dreams”