Sleeping Beauty, I am.

I am tired all the time. Recently, it has occurred tome that this is NOT NORMAL. 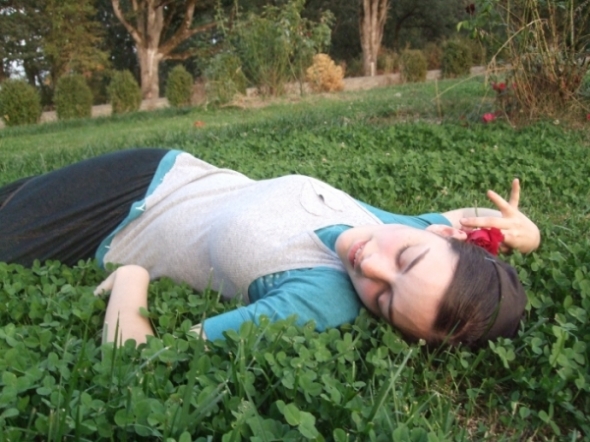 During December I tried to work at Grocery Depot. After four-ish hours I would get so tired that my eyes had trouble focusing, and I would move sluggishly. My head would say, “Okay Emily. Pick up the box of granola bars. See how it has the picture of the dinosaur on the front? Put it on the shelf in front of the other boxes that look like it. Now, walk back to the cart. Pick up another box. Put it on the shelf. It’s okay, you won’t collapse. Just keep doing your job.”

That sort of internal dialogue was the only way I could remember what to do next, and eventually someone would come and say, “just go home, Emily.”

So I would. I would go home and sleep for hours, and then I quit the job because I felt guilty being so unreliable.

I knew I needed to work on my health. I knew I slept too much. But really, I’ve always struggled with being unhealthy and lazy, and this just seemed to be a normal extension of that.

Last term I carpooled with Stephy. We went straight from Linn Benton to Brownsville and I would let her drive while I napped in the car. Then I’d teach my class, and nap until she was ready to go home. Sometimes the students would comment on how much I slept. I didn’t know how to take that.

Yesterday, I thought of two things.

#1: There is not a moment of the day where I don’t feel a desire to snuggle up in bed and take a nap.

Sometimes it’s okay. If I am relatively alert I can go about my daily functions and not think about the fact that I want to sleep. It’s the afternoons that kill me. Around 2:00 pm, if I cannot make it to a bed, I can’t concentrate on anything because my thoughts are consumed with sleep.

Mornings at home and evenings at home I go around sluggishly, trying to ignore that wonderful bed upstairs, waiting, just waiting, for me to sleep in it.

Having to quit my job should have tipped me off that my excessive sleepiness was going to seriously hinder what I could do in life. It didn’t. Instead it’s been these past two weeks, first with convention and now with full-time college again, that made me think.

I CAN’T DO THIS. It’s not just a matter of forcing myself to do it, of not being lazy, of getting over myself. I LITERALLY CAN’T DO THIS.

3 responses to “Sleeping Beauty, I am.”