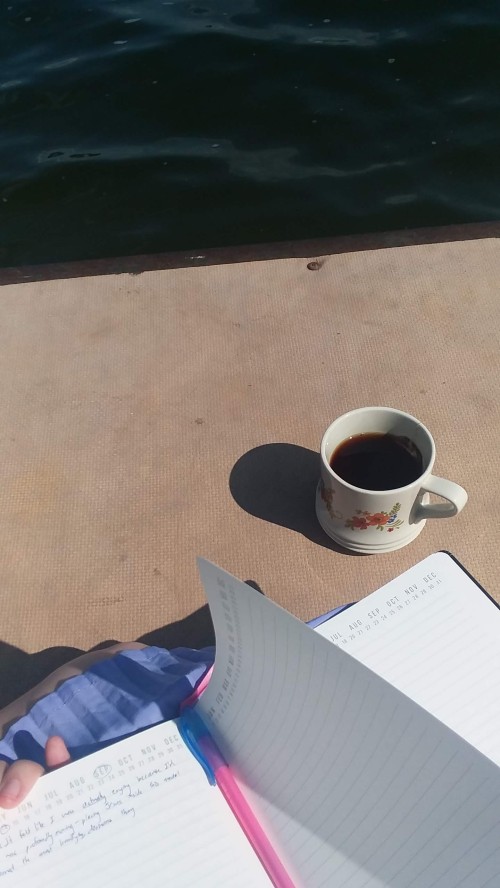 I’ve been wanting to do a bookweek since August, ya’ll. August. And it’s November.

Well, here we go. I think I have time this week to spit out some blog posts. And if I don’t have time, I’ll create some time. Because seriously, soon it will be Christmas, and I want to do 12 Days of Blogmas from December 13-December 24. (Hopefully my computer cord won’t explode this time.) So if I want to do a 2019 Bookweek, I’ll have to do it soon.

Yes, that’s right. As I’ve alluded to several times on this blog, I am writing a book about my travels last year, where I lived in a different community every month. And sometimes people are like, “so, what’s up with this book? When will I be able to read it?”

Let’s talk about that.

I began writing this book in March. My plan was to just write this book in a relatively short amount of time, and self-publish it before Christmas. (Yes, this Christmas! LOL.) I hoped it would give me enough of a financial boost to become an official book writer instead of freelance article writer. And also to move out for good. Maybe go back to one of the places I’d visited on this trip, and stay a little longer.

At the time, I was recovering from a disastrous attempt to write a novel during the month of February, so I decided that slow-and-steady, coupled with nonfiction-instead-of-fiction, was the way to go for now. On and on I went, creating the first draft.

Around the end of July, I pretty much had a first draft in hand. I’d written about the long drive East, my stay in Tennessee, my time in Ohio, Thanksgiving in Lancaster PA, Delaware, Christmas in Washington DC, Florida, Myerstown PA, a week in Philadelphia, Lancaster City PA, and some parts of my month in Hutchinson Kansas. But I was tired of writing the first draft, and thought, “I’ll finish writing about Hutchinson later.” So I started on the second draft.

I revised my first chapter in early August and sent it to Janessa, my editor. And then the rest of August was gobbled up by my trip to Alaska, writing the five short connected plays on the history of the “To the Unknown God” altar in Athens for our vacation Bible school, and directing said plays. Janessa sent me some feedback but I didn’t really get into it because before long I was flying to Minnesota because my grandpa was dying.

Now, that two-and-a-half weeks in Minnesota was…something else. I had never in my life confronted death so closely before. I’d never seen someone hanging out between the two realms. I’d never touched a dead body while it was still warm.

Another strange thing was that I began to feel, not like I was visiting Minnesota, but like I lived here now. Like this was simply another place I went to live for a month.

Let me backtrack a bit. When I first planned this living-in-a-different-place-every-month adventure, I wanted to leave Oregon on September 15, 2018.

Well on September 11, 2018, my cousin Justin and his wife Kayla, dear friends of mine, lost their infant son in a tragic stillbirth only a few days before he was due. Asher Kai. His funeral was on September 15, so I didn’t leave until September 16.

Before this, when I said I was writing about my “year” of travel, I really meant school year, not 365-day year. I didn’t want to be in some rando place during the summer, because Oregon summers are dear to my soul. So “year” meant September-June.

But now I began to re-think this. If I wrote about a 365-day year instead, it would contain these oddly parallel losses. And I could write about that time in Minnesota, which felt so significant. My Oregon summer could be just another chapter.

Janessa, in her edits of my first chapter, told me that she wished I’d dive into my thoughts and feelings more, instead of just writing down what happened. And I realized that she was right. But I’d written the whole first draft that way. I’d skimmed over my feelings and expounded upon events.

But I called her on the phone when I got back from Minnesota, and we discussed my book at length. I told her my idea of doing a 365-day year, and she really liked it.

And it will not be ready by Christmas.

Well…I don’t know! “Before Christmas” is the best time to publish books. But I don’t want to wait all the way until NEXT Christmas to publish. So…between this Christmas and next Christmas? Is that specific enough?

Meanwhile, I’ve been valiantly trying to cut writing and editing projects out of my life so that I can focus on book writing. With moderate success. But I can’t say “no” to writing a play for our local Church school’s Christmas program. And last year I agreed to a giant editing project that I’ve been focusing my energy on for the past month-ish. And then there’s another project that I believe in so deeply I couldn’t let the opportunity slip. Ah!

Although that last opportunity won’t be a thing for a while yet. So I have time to finish my book first.

So to sum it all up, yes, my book is a thing. A thing that’s coming. Eventually. (And if, as my Grandma likes to say, the Lord tarries.)

Speaking of writing more about personal thoughts and feelings, I decided to make a small switch over on Patreon. So far, my posts have mostly been opinion pieces on semi-controversial topics. But I was digging through some creative nonfiction pieces I’ve written, and I found stuff that I liked, but it was too personal to just show everyone in a public blog. So I decided to start posting some of those pieces on Patreon.

Last month, I posted an essay about a friend that cut me out of her life. Later this week or next week I’ll post more opinion content, this time about the comedian John Crist. But at the end of the month I plan to post something personal again. I’ll just play it by ear from there.

If you’re interested in reading these bonus blog posts, you can access them by going to my Patreon Page and clicking the red “select” button under the “$1 per month” option. If you’d like to offer extra financial support for my blog you’ll be able to give more than $1, but all it takes is $1 a month to access all my bonus content.

This entry was posted in Thoughts About Books, Writing. Bookmark the permalink.