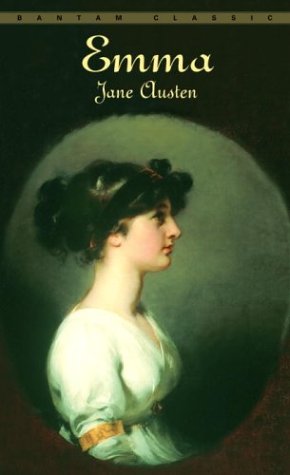 There are two phrases that modern commentators often use when describing old books.

The first is “a product of their era.”

The second is “ahead of their time.”

In fact, after a while it starts to feel like anything we agree with in an old book points to it being “ahead of its time,” and anything we disagree with is labeled “a product of their era.”

Oh, Emma Woodhouse has disturbing ideas about class distinction? Well, she was a product of her era.

Wait, Emma Woodhouse decided she wanted to be an independent woman instead of getting married? She was ahead of her time.

Seriously, nearly every famous heroine from old books gets labeled as “ahead of her time,” or “unusual for her era.” Anne of Green Gables. Jo March. Jane Eyre. Even Meg Murry, from A Wrinkle in Time, which came out in the ’60s. It was actually my mom who pointed out this phenomenon first, and then I started hearing it everywhere.

I mean, yes we’ve got our Elsie Dinsmores. But for the most part, old books have interesting female characters who are a little feisty and do interesting stuff. Logically, this should mean that in the past, women like this were relatively common, just as sprinklings of racism in books logically indicate that sprinklings of racism were relatively common in the past.

Books provide a fascinating window into the thinking of the time they were written.