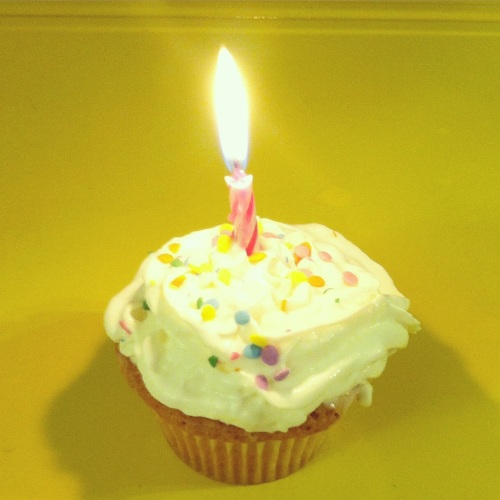 Today is my blogiversary. I have been blogging for 10 years.

10 years! That is a long time, especially in Internet years. Besides, it is a full 2/5ths of my life.

As I reflected back on that lazy Sunday afternoon when I decided I might as well start a blog, I tried to recall if anyone besides my mom has been reading my blog for all 10 of these years. I couldn’t go back to my old Xanga blog and check, because Xanga shut down. My memory would have to suffice.

I am fairly certain that Hans Mast commented on my very first blog post. And so, assuming that Hans Mast still reads my blog, he could very well be the person who has been reading my blog the longest (obviously not counting my immediate family members).

This prompted me to hand out some virtual awards to some of my most memorable readers. I am completely working off the top of my head here, so if I forget someone important I am very sorry.

Funny story about Hans. For years I “knew” him online, and imagined him to be an extremely confident outspoken person. Then, after I’d been blogging for several years, I met him in real life.

He wasn’t at all like his online persona. In real life he was much more nervous and soft-spoken. Which was fine, but it sent me into a whirlwind of introspection about how people are not necessarily like they are online. I also worried that people would meet me and I wouldn’t be what they expected.

So what did I do after musing on this? I blogged about it, of course.

Wouldn’t you know it, Hans Mast commented and said, “was I like you expected me to be?”

And I was so embarrassed and didn’t know what to say.

(Keep in mind that this was like, eight years ago. I think Hans Mast’s real personality and online personality match up much better now. Though come to think of it, I haven’t seen him in several years, so how would I know?)

Yes, I’m giving out two awards because I can’t remember which came first. Although I suspect Vonda was before Hans Shenk.

Anyway, I remember that both of these fine folks found a way to go beyond the simple “I blog, you comment” aspect of blogging and have real conversations with me.

Vonda and I talked about writing a lot, and she told me her favorite book was this book about a hermit. I cannot recall what the title of the book was, but a few months ago I became so curious that I tried to go back into the shreds that remain of my old Xanga blog and figure it out. That’s when I discovered that while I can still access my old posts, all the comments and messages are gone.

Hans Shenk would post comments on my blog that were full of giant words. I had to read them three times before I got what he was trying to say, and then I had to try and craft a reply that didn’t make me sound like an idiot in comparison. We had some very long conversations/arguments in the comments but for the life of me I can’t remember what they were about.

Interestingly enough, though I have kept in semi-contact with both, I have never met either in real life.

Honestly I don’t know if this is quite accurate, because I certainly befriended people I met online before she came along. However, she was the first to become a really really close friend.

I think (Esta, you’ll have to correct me if I’m wrong) that she knew who I was because of my blog before we ever met. However, I didn’t know who she was until she began dating my friend Justin Doutrich. At that point I befriended her online, which blossomed into a wonderful rich friendship in real life.

The Most Long-suffering Reader Award goes to Gabrielle Marcy.

I’m throwing this in there because several years ago I made a New Year’s resolution to put more effort into my blog, and appreciate my readers more. At that time, Gabrielle was my nicest most interactive reader, so I decided I was going to send her a gift. Nothing big, just a handwritten thank-you note I think. So I emailed her asking for her address and I don’t think I ever sent her anything.

That New Year’s resolution was kind of a failure all around.

I’m sorry Gabrielle! I really do appreciate you!

And finally, the Carry the Torch Award goes to Annie Durrett!

I’m highlighting Annie because she reminds me of myself, trying to live creatively and have an interesting life while also having to deal with health issues. She turned to blogging as a creative outlet, which, of course, I think is a fantastic idea. Check out her blog here!

Oh boy. It’s 12: 20 AM, which means that it’s not technically my blogiversary anymore. Anyone else notice that my blog posts always go up extremely late at night? It’s like I’m incapable of posting during daylight hours.