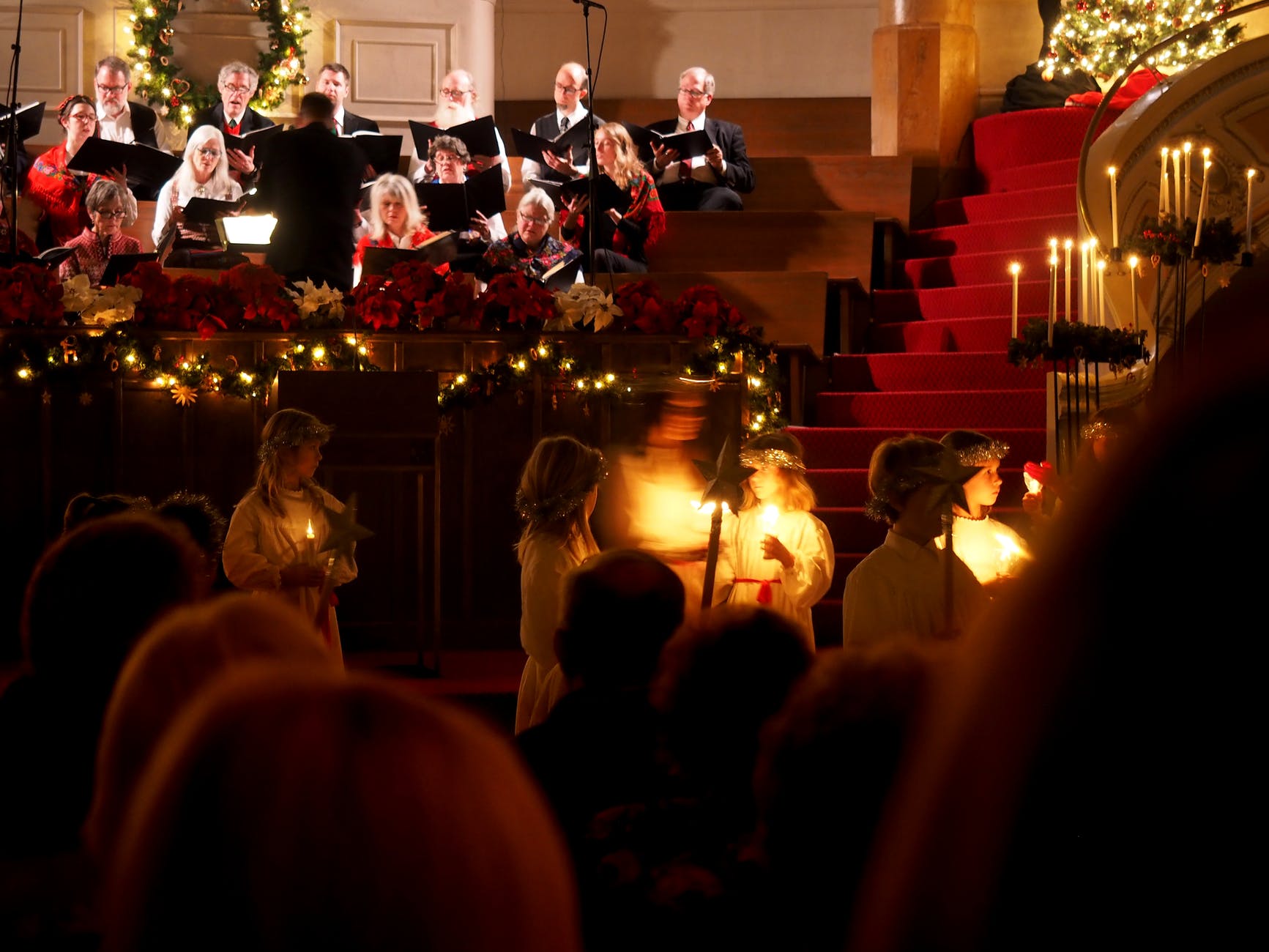 But seriously, as a writer, lyrics matter to me. And Christmas songs are in a category of their own as far as weirdness goes. This isn’t even a comprehensive list, just the ones that occurred to me.

1. How Should a King Come

He shall dine upon summer straw, berries and, milk.

What the bunnyslipper is summer straw, and why is a king eating it?? I wondered this for years. Even though I eventually learned that it’s supposed to be “summer strawberries,” it still annoys me. If you put a pause between two halves of a compound word, it becomes two words. That’s the rule.

This lyric is so grammatically bad that it could have so many different meanings:

We, three kings, of Orientar

Where is Orientar, you might ask? Why, it’s where the wise men came from! Duh!

“Orientar” has the opposite problem of “summer straw, berries and, milk.” If you smash two words together, it sounds like one word.

And it’s much, much worse if you use a grammar structure that literally no one uses in real life.

“Hey Emily, where are you from?”

“Well I from Canada was, but I to Oregon moved when I was four, and then I around did moved for awhile, and now I in Delaware am.”

I always though Rudolph’s story was kind of cute. I mean, this poor reindeer was an outcast, but then he found his place in the world!

But a few years ago I read a blog post that dug into it a bit more. I wish I remembered were it was so I could give them credit, but anyway, look closely at these lyrics:

All of the other reindeer, used to laugh and call him names
They never let poor Rudolph, play in any reindeer games
Then one foggy Christmas eve, Santa came to say
Rudolph with your nose so bright, won’t you guide my sleigh tonight?
Then all the reindeer loved him, as they shouted out with glee
“Rudolph the red nosed reindeer, you’ll go down in history!”

So let me get this right. The other reindeer bullied him for being different. Then, as soon as they saw that he was useful/would go down in history, they suddenly loved him.

What sort of message is that? Become useful or noteworthy, and people will stop bullying you?

If it’s supposed to be an anti-bullying message, like, we should appreciate the unique talents of those who are different than us, then why didn’t the other reindeer receive any consequences, or experience any remorse?

I still remember my mom explaining this song to me when I was a child. “The Daddy was dressed up like Santa Claus, so the Mommy was kissing him. But the boy didn’t know it was really his Daddy, not Santa.”

As a child, I accepted this explanation. As an adult, I am very dubious. In what world it is cute and funny that a child legitimately thinks his mom is kissing and tickling someone who’s not his Daddy? Ew.

Honorable Mentions: “Santa Baby.” “Baby it’s Cold Outside.” (Can we just not use the word “baby” in Christmas songs unless we’re talking about the actual Baby Jesus?) “Santa Claus is Coming to Town.” (He sees you when you’re sleeping???)

Round, yon virgin, mother and child

What does this line even mean?

My best guess is that “round yon” means “around yonder…” but isn’t that an odd thing to put in a song? And it makes me think of a round, pregnant belly. (I’ll give this one a gracious pass, though, because I’m sure translating a song is all sorts of difficult.)

(ETA: I have more clarity on this thanks to a reader who says:
In “Silent Night” it is simply an issue of how we hear the separation of the phrases. It means that all is calm and bright around the virgin mother and her Child.

Makes so much more sense now. Thanks!)

It’s beginning to look a lot like Christmas
Soon the bells will start
And the thing that will make them ring, is the carol that you sing
Right within your heart

Huh? Where are these bells that will “start?” And if I sing a carol in my heart, they’ll ring? How is that different than “starting?” And why are we singing carols in our heart to make some bells ring? I’m so confused!

So, there’s obviously a lot of weirdness in this song. Why is there a magic hat that makes a snowman come alive? Should we be worried that the children are following him? Why will he be back again someday?

However, this stanza takes the cake:

Am I hearing this right? Did Frosty the Snowman cross a street when the traffic cop told him to stop? Just…why???

However, “Here Comes Santa Claus” weirdly mixes the two genres. So it has lines like

Peace on earth will come to all
If we just follow the light
So lets give thanks to the lord above
That Santa Claus comes tonight!

Maybe if you have Christian parents who also told you Santa was real, this makes sense to you. But as someone who was always told that Santa was just a story, this genre mixing seems very bizarre to me.

Honorable mention: “The 12 Days of Christmas.” Too much oddness to even unpack.

That is the end of my list. And listen. I can happily sing “Hark the Herald Angels Sing” while Christmas caroling, or feel warm Christmas fuzzies as “It’s Beginning to Look a Lot Like Christmas” plays on the radio as I Christmas shop.

But let’s be real. When I think “Christmas music,” I don’t think of lovely songs I listen to over and over. I think of the bizarre lyrics that permeate the genre.

I’m not usually a Grinch when it comes to Christmas related things, but I guess in this one area I am, haha.