Today I’m cleaning off my bookshelf and doing a little book giveaway. These books fall squarely in the camp of “I enjoyed them, but I don’t necessarily want them cluttering up my bookshelf forever, but someone else might LOVE them.”

At least, someone might love the first one. Not sure about the second. But I’ll get to that in a minute.

The first book I’m giving away is A Visit from the Good Squad, by Jennifer Egan 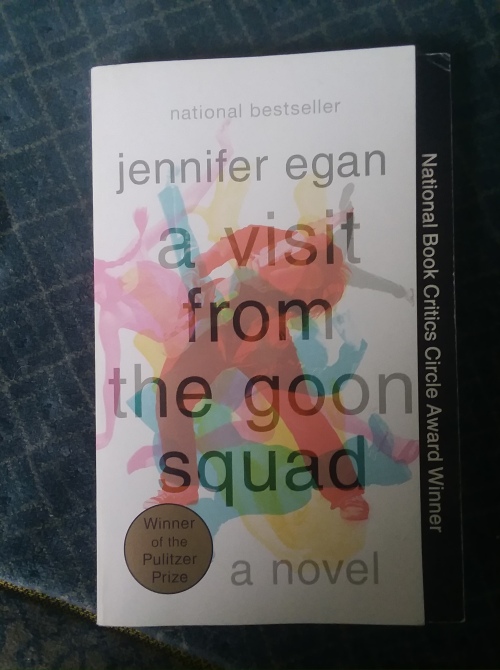 A Visit from the Goon Squad is a fun read that’s structured in a very interesting way. It begins with a story about a kleptomaniac named Sasha who is going on a date with a guy named Alex. During their date, she mentions this weird boss she used to have named Benny.

In this way, it’s more a collection of short stories than a novel, even though it says “a novel” right there on the front cover. But there are novel-like elements. You get to the end of each story eager to read the next one, and the questions that you have at the end of some stories are usually answered in other stories. And there are themes linking it together: mostly the theme of “time” and the theme of “music,” with the idea that music, in a way, transcends time.

(If you are wondering how I can state what the themes are so clearly and succinctly, it’s because I had to read this book for a class, and we analyzed it to death. If it weren’t for that experience, I may have decided to keep this book, haha.)

One caveat: While there are no graphic sex scenes or anything, it is a secular book written for adults, and adult themes crop up occasionally.

Okay. The second books is The Vicar of Wakefield, by Oliver Goldsmith.

The Vicar of Wakefield is an odd little classic that will look pretty on your bookshelf even if you, like me, don’t end up liking the story. Also, the ending is so completely bizarre that it’s hilarious. Furthermore, if you skip the boring political rants, it turns out to be semi-interesting, and the main character/narrator has a unique voice.

(If I’m gonna be honest, there were times when I wasn’t certain if the main character was supposed to be satirical or not. Sometimes it’s hard to know, with really old stuff, if it’s satire or serious. Like, I read once that Romeo and Juliette was a satire of how stupid teenagers are when they’re in love, and if that were true I would like the play much better, but how can you tell when you know next to nothing about the intricate culture of the time it was written?)

So anyway, if you want these two books, or if you want one of them and will put up with getting the other one too, please leave a comment either on here or on Facebook saying you want to be entered into the the drawing.

Optional: You can also tell me whether or not you think Romeo and Juliette is a satire. 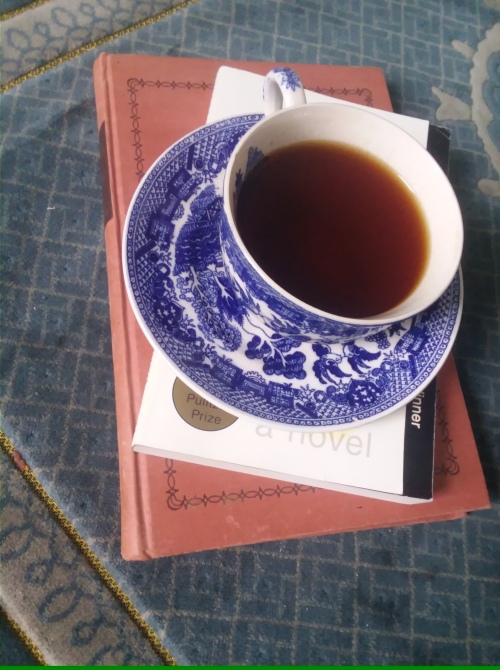 Final note: You can read the April Blogging Challenge Day 17 post here on Jenny’s blog, and tomorrow your can check out the Day 19 post on Mom’s blog.

This entry was posted in April Blogging Challenge, Thoughts About Books. Bookmark the permalink.