What I’ve Been Reading

Recently I’ve been reading an odd mish-mash of books, mostly ones I’m obligated to read or just found lying around. Still, I like to talk about the books I read, even the odd or boring ones.

So here we go, my latest thoughts about books. 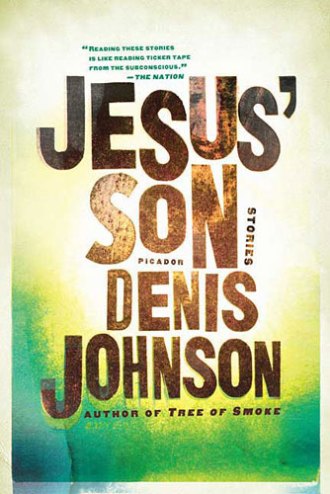 I’m reading this book for my Advanced Fiction Writing class. It’s a bunch of stories about a shiftless drug addict who drives around in cars a lot.

After my classmates spent about twenty minutes discussing the deep meanings in this book, and trying to figure out how they linked together into a longer narrative, I raised my hand. “Did he write them intending to link them together?” I asked. “It seems to me like he just wrote a bunch of random stories about the same character, and then decided to throw them all together in a book.”

My teacher responded by saying that we should always assume that an author did what they did intentionally.

Then, my teacher said that he’d read interviews of Dennis Johnson, the author, in which Johnson claimed he just wrote the stories randomly and then was like, “I’ve got these stories, anybody want to publish them?”

Wait, so I was right?

“But I don’t think that could possibly be how it was,” my teacher continued. “He must have been joking. He must have carefully crafted this novel to be what it is.”

I giggled to myself. Someday maybe I’ll write something disjointed and full of pretty words and deep themes of life and death, and fool all the literary people into thinking the things that randomly tumbled from my mind were INTENTIONAL.

(Honestly, I like literary fiction a lot more when I think of it as just a book like any other book. When I’m supposed to think it’s something special, enlightened, above the common fray, I get a little cynical.)

Style: Ten Lessons in Clarity and Grace, by Joseph Williams, is one of the best books on writing I’ve ever read. It’s the textbook for my Style and the Sentence class.

To be honest, when I signed up for the class I was kinda dubious. I needed it to get my writing minor, but a whole class dedicated to sentences? Really?

But this book made up for it.

Straight to the point. Practical. It doesn’t just say “make your writing clearer,” it breaks it down to the sentence level and shows WHAT weird things we do to try to “sound smarter” that make our writing unreadable. I can think of a few (hundred) academic writers who should have read this book.

I picked up this book because I was house sitting, needed a book to read, and pulled this off the shelf. There was nothing special to the story, but on the bright side, there were no deep over-dramatic feelings either. I continued to read as the main character tried to deliver some medicine to a remote castle on a mountain in a blizzard, got stranded at a farmhouse, and spent Christmas with a nice homey family which included a cute blue-eyed young lady.

I suppose he’ll fall in love with her, but I won’t ever know for sure because I found a bookshelf in the attic with a more interesting book on the shelf. 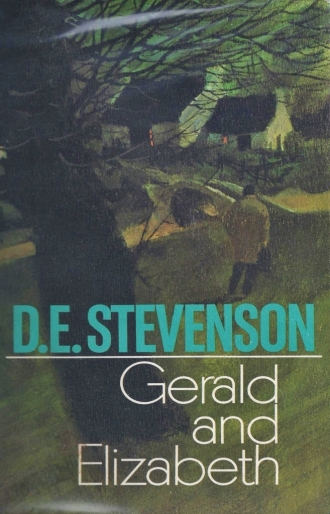 Gerald and Elizabeth, by D.E. Stevenson

A few years ago I asked for book recommendations on this blog, and one reader suggested I read books by D.E. Stevenson, particularly Miss Buncle’s Book. I loved Miss Buncle’s Book, but wasn’t such a fan of the Amberwell series I read later. I don’t tend to like novels that take place over a long period of time. (Also the thing I like least about L.M. Montgomery’s writing, and the reason I like The Blue Castle the best of her books.)

Love Your God With All Your Mind, by J.P. Moreland

The Christian Grad Fellowship I hang out with is reading this book this term. I’ve only read the first chapter so far, but as an academic I love the premise that our faith should be based on logical well-thought-out premises, not just on our “feelings.” I would be curious to know how it comes across to non-academics.

The Napoleon of Notting Hill, by Gilbert Chesterton

I recently read this for an online book club I have with some of my friends, and quite enjoyed it, despite it’s odd nature. It’s about an England of the future in which the king (who is randomly selected by lottery) views his position as a great joke. Meanwhile, this kid from Notting Hill (a borough of London) decides to fight an epic battle for Notting Hill independence, and takes it SO SERIOUSLY. I finished the book thinking it was an interesting absurd story meant to point out that 1. human nature will keep the world from ever becoming truly “progressive,” and 2. some things are worth taking seriously and some things are worth joking about, and either extreme causes trouble.

The other book club members thought it meant different things, so I guess the jury’s still out on what it REALLY means.

I suppose Google would probably tell me.

Have you read any of these books? What did you think of them?

Also, do you have any good book recommendations?

12 responses to “What I’ve Been Reading”